Special peacekeeping center of the Ministry of Internal Affairs of Ukraine

Participation history
In 1994, the first detachment of law-enforcement officers of the Ministry of Internal Affairs of Ukraine went to the war-torn Yugoslavia to restore peace and resolve a bloody conflict. They were the first to pave the way for the participation of Ukrainian police in this noble cause.

Ukraine became independent and, as an independent state, had to shape its internal and external policies. It is no secret that all the first peacekeepers in Yugoslavia were identified with the Russians. It was necessary to declare that there is a state of Ukraine, that it is a peaceful state, that its law enforcement officers are highly professional and can perform the tasks set by the world community.

The way of establishing a peacekeeping movement of law enforcement officers from Ukraine is inextricably linked with the National Academy of Internal Affairs. In 1994, the first candidate testing and the first preparatory meeting were held at the Ukrainian Academy of Internal Affairs. Since then, no peacemaker has been sent to the mission without adequate training and training at the Naval Special Forces Center.

If we make a small historical retreat, we will see that the development of the peacekeeping movement was progressing gradually. 1994-1996 can be called the years of its formation. During these years, the leadership of the state formed the relevant doctrine of Ukraine's participation in peacekeeping operations, and Ukrainian peacekeepers proved themselves to be highly responsible police officers. 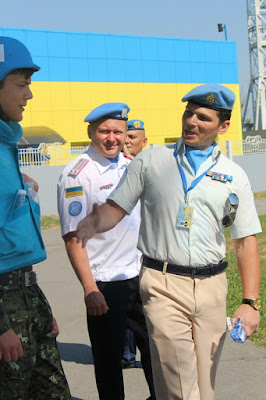 On November 07, 2019, students and teachers OF the zzso of the Industrial district took part in an open meeting of the city Club of young peacekeepers dedicated to the celebration of the 30th anniversary of the UN Convention on the rights of the child. The event was held on the basis of KHZOSH No. 28.
Valeria Belashova, a student of the secondary SCHOOL No. 75, acquainted the audience with the progress of the project "Teleconference of the world". Currently, the project aimed at on-line communication with peacekeepers from different cities of Ukraine and other countries has acquired the status of a citywide. 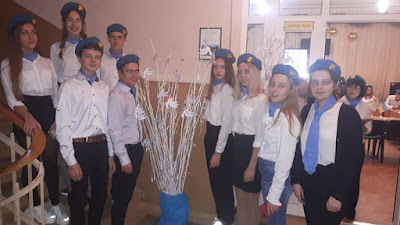 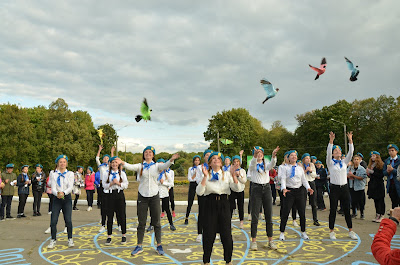 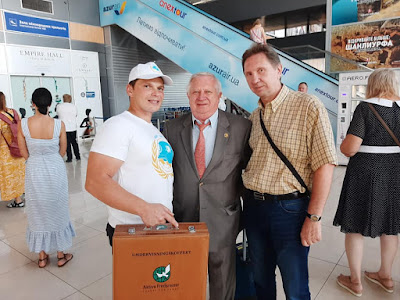 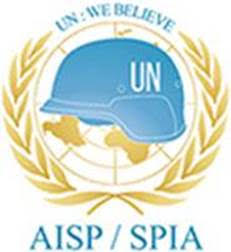